I finally finished, “A Long Way Home: A Memoir” by Saroo Brierley. I began reading it several months ago, but decided to take a break considering how heavy it was for me to read.

I only had a few chapters left to read, and once I started reading again I wondered why I ever stopped. I couldn’t put it down! Then I got to the pictures at the end of the book, and was mesmerized in particular by this photo: 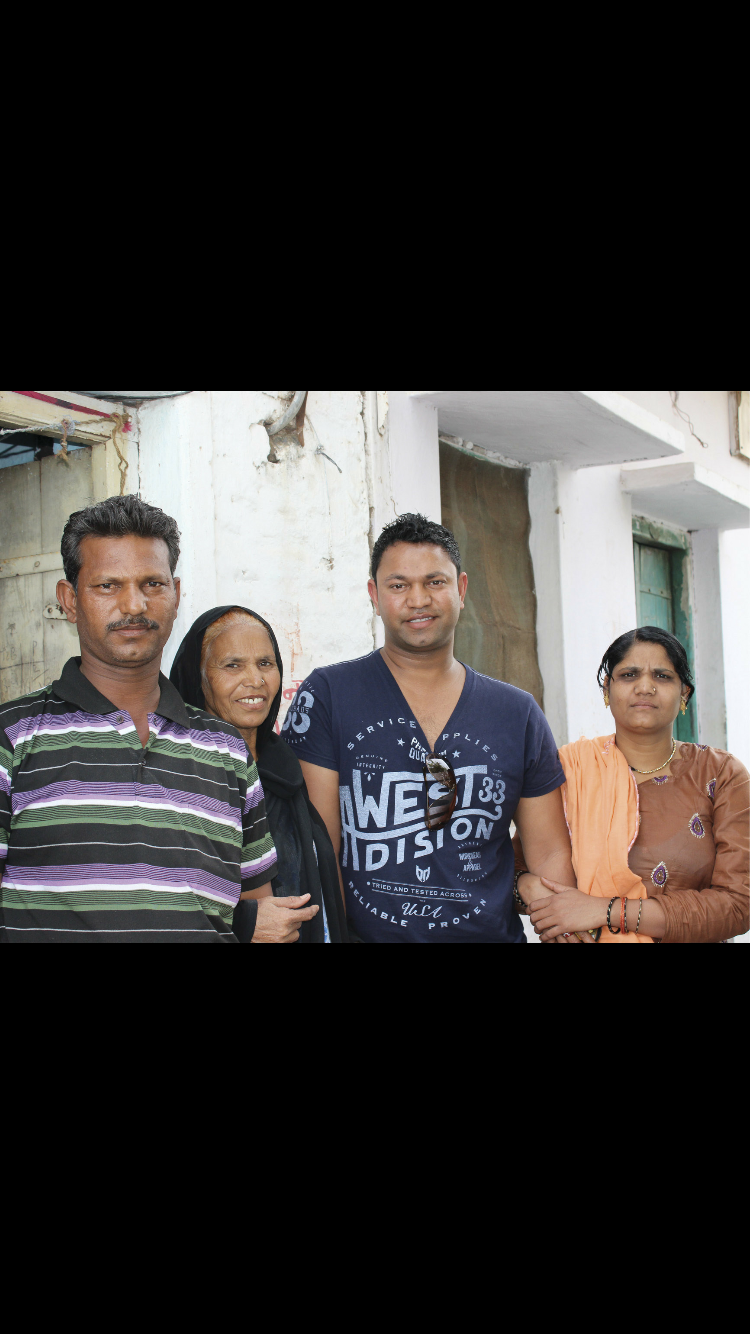 It isn’t hard to recognize that Saroo looks EXACTLY like the others in his family.

This is what I’ve longed for my entire life. Somewhere in the world, there are others who look like me. Saroo found his family, the ones who have his facial features and maybe even his mannerisms. Obviously there are cultural differences, but genes are genes.

Growing up I would watch as friends were getting married and having children and trying to decide which family traits the child carried. Maybe it had the family nose, or the family eyes, or the family dimples. These are normal for me to hear about, but when I think of family traits when it comes to myself, it is such a foreign concept. I wouldn’t even know where to begin.

Somewhere, my family lives and has my eyes and my nose and maybe even my knobby knees and monkey toes. When I someday have my own children and meet my biological family for the first time, I’ll be able to see what traits I received and pass on to them. I can’t wait for that.

Last week I saw the movie Lion. I’d been dying to see this movie, ever since I learned of it. I waited for it to make its way to the States, as it was playing in other countries first. Recently I learned that it was playing in theaters, and a few friends had offered to go see it with me. To be honest, I would have loved to go see this movie with them, but I really wanted to see it by myself first. I knew there would be ugly crying, and every girl knows what I’m talking about when I say I needed to get the ugly crying out of the way first!

I can’t tell you how many times there was ugly crying coming from my seat because I lost count. It was so absolutely refreshing to see another adoptee going through the same emotions I’d been going through since coming to terms with my adoption loss. Dev Patel gave an astounding performance. The awkward responses when asked about adoption (“I’m not really Indian”). The sadness knowing that there was a family of his somewhere out there. The pain of a family torn apart from another adoption gone wrong in the family and being stuck in the middle.

Watching this movie I was overcome with so many emotions, but one of them was jealousy. I was jealous of this man who had actually gotten to experience India before his adoption. He had memories to hold on to. He KNEW he had a family there and had known them, if even for a short time.

I have nothing. No memories, no known family, not even a name.

Knowing that this adoption story had the rare ending of the adoptee finding and meeting his birthfamily fueled this jealousy, and by the end of this movie my happy tears turned to tears of heartache. Oh how I longed for this kind of reunion. Some adoptees like Saroo are lucky enough to receive one. I never will.

A film that can bring about such deep emotions as heartache, anguish, happiness, and relief all at the same time deserves recognition. If you’re a fellow adoptee, I recommend this movie. If you’re not, I would still recommend it. It just might open your eyes.